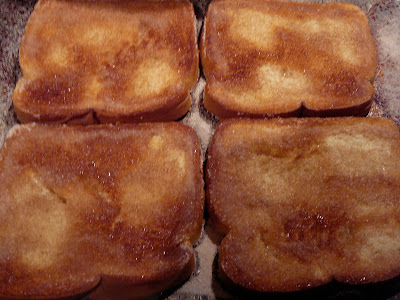 When Mike and Julie 1 were first married they were still in collage and lived with us for a time.  It was easy, they lived on one floor and we lived on the other and shared the kitchen.  Julie made the most delicious Cinnamon Toast I had ever eaten.  This is just how she did it. 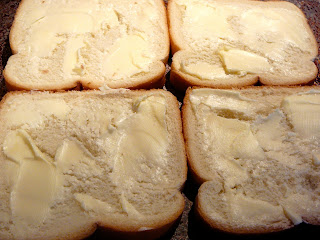 Pre heat the broiler to high.  Spread a half of a tablespoon of butter evenly over the bread.  Sprinkle with cinnamon and sugar.  Broil until brown.  My oven takes 5 minutes under the broiler with the bread in the center of the oven.  Watch closely!! 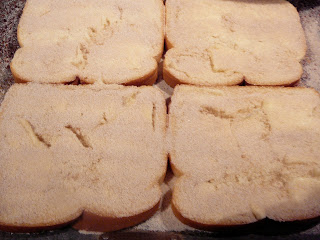 Remove from the oven and let cool a few minutes.  The melted sugar hardens and becomes crisp.  It is delicious!  Be prepared to make more!!  WHO KNEW ANYTHING SO SIMPLE COULD BE SO DELICIOUS? 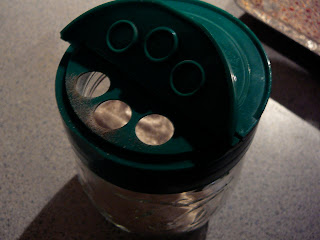 My other tip is to remove the lid from any Parmesan cheese container, wash  and save to use on the top of any regular size canning or jelly jar.  This is an 8 ounce jelly jar with a mixture of 1/2 C. sugar and 1 T. ground cinnamon.  Handy to sprinkle on the buttered bread!
Posted by Unknown at 2:55 PM